Study of Mahdawiyyah From the Traditionalist Viewpoint of Seyyed Hossein Nasr

One of the basic questions in history is will society march toward progress or slip backwards into regression. Different professors have different attitudes. In chapter 10 of his book, The Need for a Sacred Science, Seyyed Hossein Nasr presents this question for discussion and investigates into it from the traditional and modern worldviews. He believes the concept of progressive decrease to mean material and earthly progression because, after the Renaissance, the efforts of mankind and its greatest goals became the discovery of the material world, so the interpretation of ‘progressive’ was suitable for world-seekers yet this has been activated at the cost of sacred science in the contemporary world; so when viewed against the backdrop of past traditions based entirely on the heavenly revealed religions, man will only be able to view his progress in material terms in the new age: One of the effects of the disappearance of sacred science in the modern world is the appearance of unlimited progressiveness in the material realm, whose concept became worshiped as a dogmatic idea of a false religion.

The progressive imagination has coined the notion that the human being of the new era will continue to be excessive in nature and ultimately destroy his environment, against religious tradition that forbids humans the destruction of the natural world.

From the viewpoint of Nasr, decrease in the meaning of progressiveness is due to the lessening of the human status in contrast with the Renaissance; the human lost his heavenly position and became known as an intelligent being desirous of increasing his awareness of nature: The basic factor that caused the new thought of man being progressively materialistic was the decrease of the human status compared to that of absolute man at the time of the Renaissance.

But contrary to modern thought, religious traditions don’t limit the meaning of ‘progressive’ to material progression and growth, and don’t decrease their ideal of perfection to the material element. From the point of view of Traditionalism, and Seyyed Hossein Nasr, the human position of perfection is viewed at the start or basis of religion, while in Islam, perfection is attributed to the time of the establish of Islam and to the most complete person, the Holy Prophet of Islam, and the society in which he lived, the city of the (Rasul) Messenger, and if perfection is mentioned in regards to the future, it is attributed to the time when a heavenly-inspired person, like the Mahdi (as), will appear and fill the world with peace and justice: Islam is close to the Christian and Jewish traditions, as perfection is related to the basis of religion. The most complete person is the prophet of Islam and the most complete society is the society of Madina. Even when perfection belongs to the future, with the appearance of Soshiyant in the Zoroastrian religion or Kalki Avatars in Hinduism or the Mahdi in Islam, it is related to the heavenly interference of God in mankind’s destiny and history.

So Dr. Nasr, allocating the thought of progressiveness to material change in Western thought knew that the novel thoughts of the Renaissance had no place in Western and Eastern religions, and was limited to civilization alone; thus, if the position of man in the modern era doesn’t decrease to the material element alone, the meaning of ‘progressive’ will not be widespread. Concerning the factor which causes human determination of the modern material world to assume the progressive form, Nasr compares the meanings of Utopia that were central to the philosophies of Plato, Augustine, and Farabi, with the Utopia that was significant for Islamic philosophies; a Utopia which was higher than the material world and its cities, this Utopia is more elevated than the material world, belonging to the eighth heaven according to the view of Islamic philosophies: Traditional knowledge has always had an ideal goal for society: the City of God, according to Augustine or the Utopian city or society. However, in reality, these cities never belong to this world or at least the meaning was not known as a definition relevant to the world … the literal derivation of Utopia comes from ‘nowhere’ (in the Greek language U is the sign for negation and utopia means ‘place’). Islamic philosophies reveal Utopia to be a physical place in the eighth heaven. Utopia belonged to the worldly kingdom but was not to be fulfilled on earth unless descent of this heavenly city was destined for the earth.

While Utopia in the new order has a fresh manifestation that has transformed religious eschatology into a worldly view, and changed it into an idealistic ideology which logically results in an idealistic society and socialist or communist goals, the promoted role of Christ mutated to one of revolutionism in order to realize the ideal society, which could only be attained with violence: The role of Christ transforms the role of the establishment of God’s kingdom on earth where a complete social order exists by using revolutionary methods and violence in order to create the complete social order.

It appears that Dr Nasr says religious belief in a peaceful society does not mean that it has to be fulfilled in the material sense, but indicates that the spiritual goal is higher than that of the material which schools, like communism, express in their philosophies nor does it refer to economical or worldly comfort. When Divine will is established on earth, the ideal society, in addition to economical comfort, will include a civilization full of religious and pious people who envision expression, behavior, and etiquette in the language of the prophets and the religions they brought.

Even though, like other Traditionalists, Dr Seyyed Hossein Nasr believes in, and suggests return to religious traditions, in his criticism of modernism and its philosophical elements, like secularism, he stipulates that this is no excuse to consider every bogus religion and school legitimate, and defines religions without authentic roots as fake and artificial. Dr Seyyed  Hossein Nasr, despite possessing a moderate outlook positioned between Traditionalism and Modernism, does not comply with Fundamentalism, Religious Reform, Reformism, Infra Religious Spirituality, Modernist and Extremist Mahdism, and wishes, through Traditionalism, to define Mahdism as one of the fundamental pillars of Muslim belief. He has a genuine inclination towards Mahdism as distinguished from Intellectual Extreme Mahdism who misuse this relevant intellectual ideology of Muslim philosophy as a tool of exploitation especially of Shi’ah Muslims. Seyyed Hossein Nasr is only one of the people who investigate Mahdism in their works; we can refer to Rene Guenon, Titus Burckhardt et al and investigate their thoughts on Mahdism through additional independent articles.

[7] ——-, The Need for a Sacred Science, translated by Hassan Miyandari, Edited by: Ahmad Reza Galili, Qom: Cultural Institute of Taha, 2000.

[20] Legenhausen, M., “Why I am not a Traditionalist?” in Perennial Philosophy, edited by Shahram Yusefifar, Tehran: Farhangestaan Hunar, 2003. 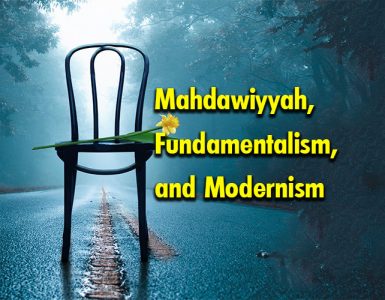 Relationship between Mahdawiyyah, Fundamentalism, and Modernism In his survey about contemporary intellectual movements in the Islamic world in the 9th article of his book, “The Need for a sacred Science,” Dr. Nasr explains that two... 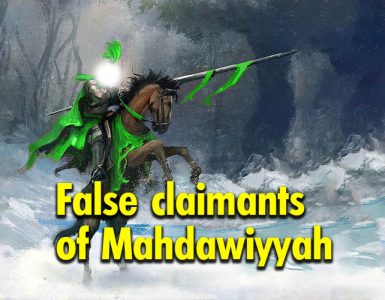 One of the subjects discussed by Nasr in his book, The Heart of Islam, is the false claims about Mahdawiyyah and related political intentions.   He believes that the Mahdawiyyah wave of claim in the early 19th century was an expressive reaction... 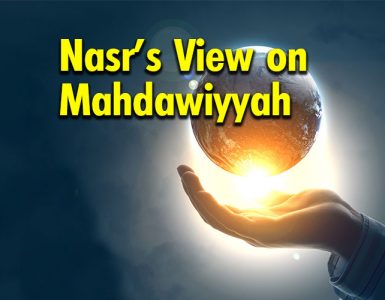 In his book “Traditional Islam in the Modern World,” Nasr explained the Shi’ah and Sunni thoughts about politics and government after the prophetic era and underlined that Shi’ahs believe in the government and authority of just 12...